This morning, Commissioner of Police Carl Williams made a presentation in Parliament to the Internal & External Affairs Committee, chaired by Opposition MP Derrick Smith. The presentation was about the current situation regarding murders in Jamaica and the murder reduction strategies being implemented by the Jamaica Constabulary Force (JCF). 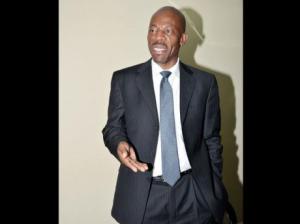 At the start of the session, Government MP Mikael Phillips, supported by a number of other Government members of the committee, suggested that the session should be held in camera, due to the potentially sensitive nature of the exchange following the Commissioner’s presentation. Derrick Smith and Delroy Chuck, the two Opposition MPs present disagreed, saying that any questions that were of a sensitive nature could be disallowed by the Chair, and that Commissioner Williams was also entitled to refrain from answering any questions he felt would reveal sensitive information.

Eventually, MP Phillips put forward a motion that Commissioner Williams should make his presentation in open session, but that the question and answer session should be held in camera. Given the numbers in the Chamber, MP Smith didn’t bother to put the motion to a vote, but proceeded along the lines of the motion.

Commissioner Williams’ presentation was made in open session, following which the press and members of the public (myself included) left the Parliament, to allow for the in camera session. MP Chuck also left at this point. 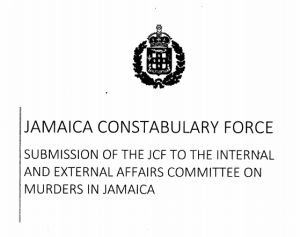 I plan to do a separate blog about some of the information presented by Commissioner Williams.

One thought on “Police Commissioner Williams’ Presentation in Parliament Today, On Murders in Jamaica”