“To celebrate the end of the year, share the most meaningful photo you’ve taken in 2017.”

An impossible challenge! All the flowers, the sunsets, the clouds! Just one photo? The most meaningful? Impossible!

But what I will share is this one, taken one morning at Hope Gardens. One of the ground staff was cutting away dead branches on a palm tree. I took a series of photos of him as he cut, but I wasn’t successful in capturing the energy and skill of his actions. Then he stuck his machete in the grass, as he dragged the cut branches away. This one said so much to me. 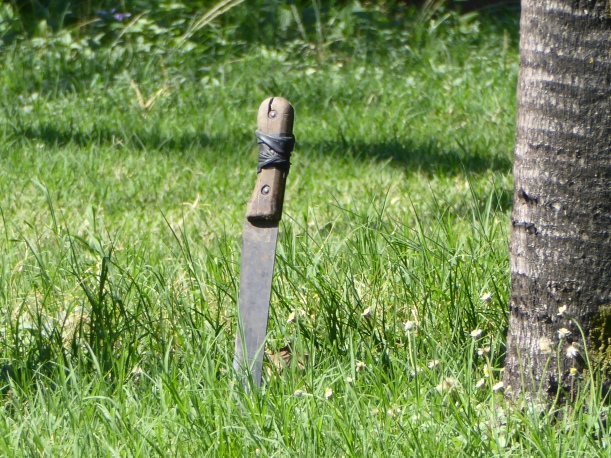 “Show us your interpretation of upward movement.” 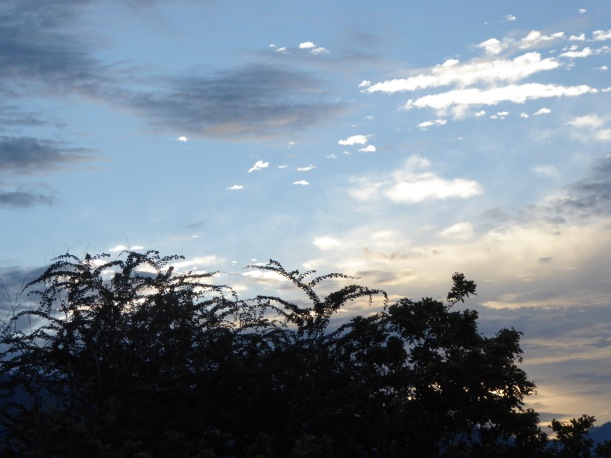 When you let your gaze drift upwards, it’s amazing what you can see! 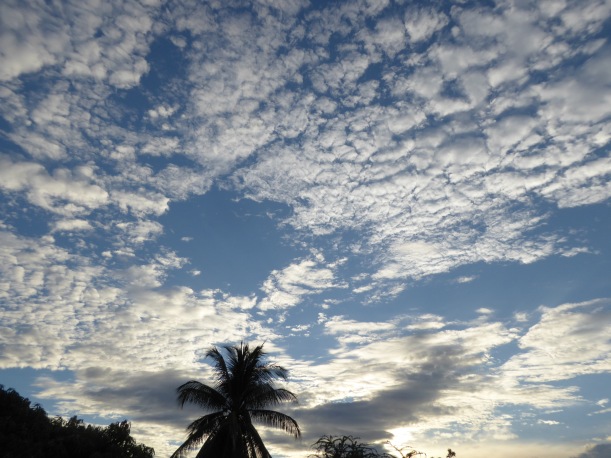 In 2015 I joked that I wouldn’t be having the usual Christmas tree, but would be using an innovative substitute instead. When I posted a picture on my Facebook page, I got instant feedback, including messages from my children saying that I must be joking. 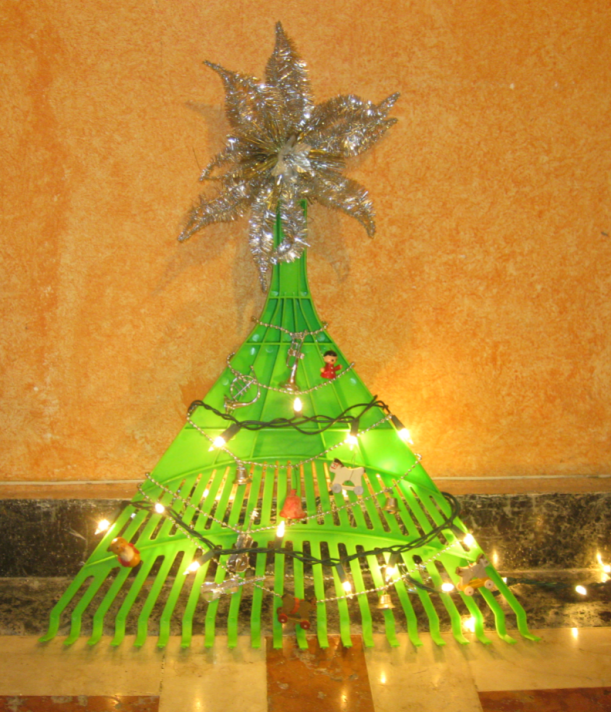 It reminded me of the time many years ago when I potted a sapling from the Forestry Department and used it instead of the traditional six footer. (I had visions of re-using the sapling each year, as it grew bigger and bigger in the garden.) When I got home later that day, I was met by my younger daughter, my niece and nephews with placards in a picket line at the front door, chanting “No tree! No Christmas! No tree! No Christmas!” 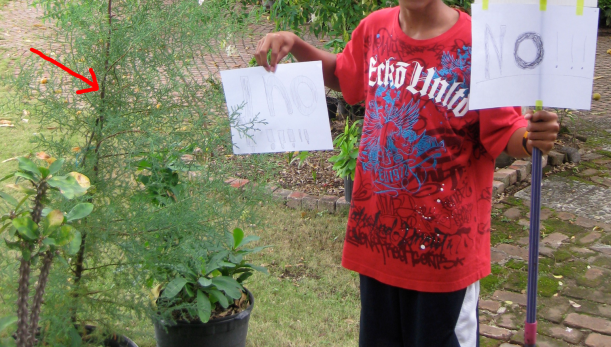 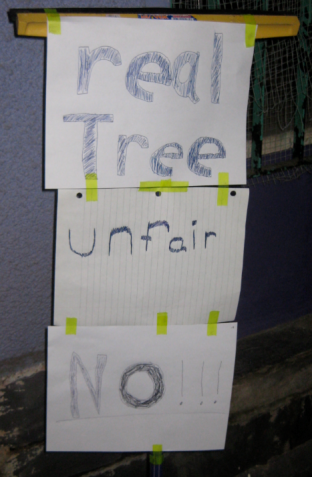 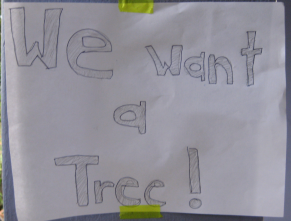 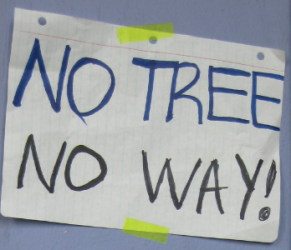 The potted tree was used that year and did make it to a second Christmas, but I gave up after that. My family was happy with the decision…

I have for some time thought that  I’d be able to give up the Christmas tree tradition; as much as I love it, it does take more effort than I feel like expending these days. Surely a little two or three foot tree on a side table would suffice? But no. It seems that the love of a Christmas tree – the lights, the smell, the idea – remains strong in my family.

So, last December we repeated the ritual again.

We – my younger daughter Kimberley and I – set off to the plazas on Constant Spring Road, where we bought the second tree Miss Barbara suggested. Her able assistant loaded it into the back of our car and we headed for home, enjoying the wonderful smell of Christmas tree! 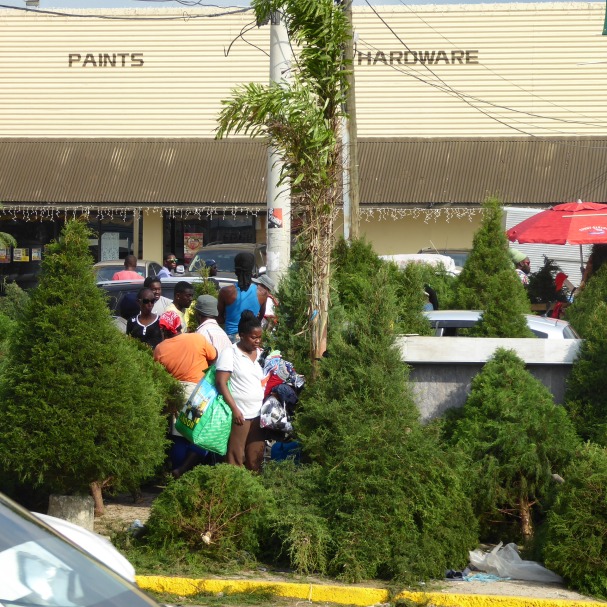 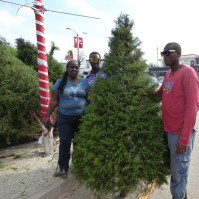 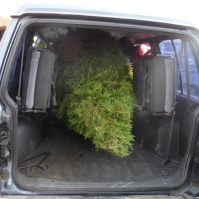 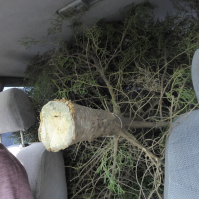 On the way, we made a quick stop at Devon House for patties and ice cream and encountered a jonkonnu troupe performing in the courtyard. 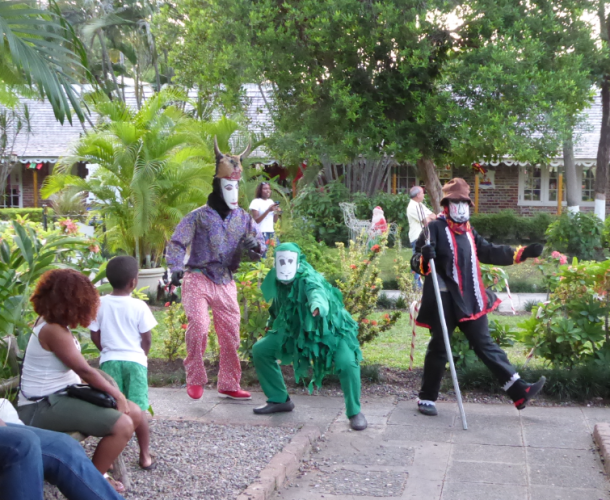 At home, we put the tree in a bucket of water on the veranda overnight, but an hour or two later the tree fell over, taking the bucket with it and flooding the veranda. See what I mean about the effort involved in this production? 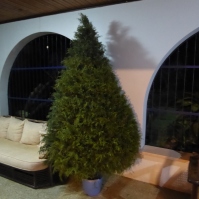 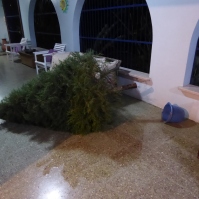 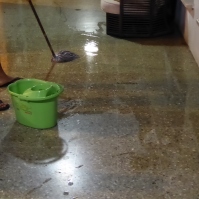 The next day, we put the tree in place, checked the lights to make sure they were in working order and then began to decorate the tree. 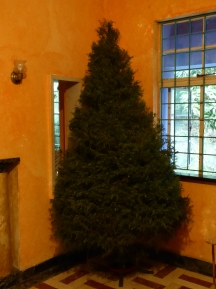 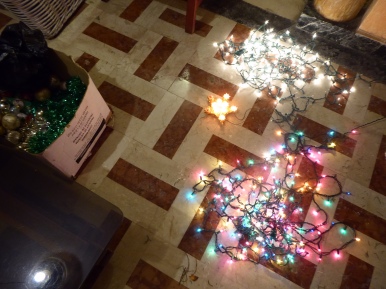 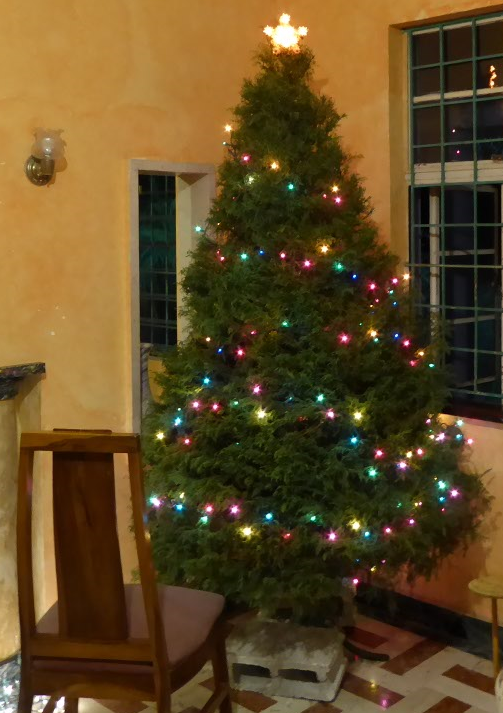 Eventually, over a number of hours, bolstered by glasses of sorrel, we put on all the lights, the star, the balls and other decorations, tinsel and lametta. The tree was finished! 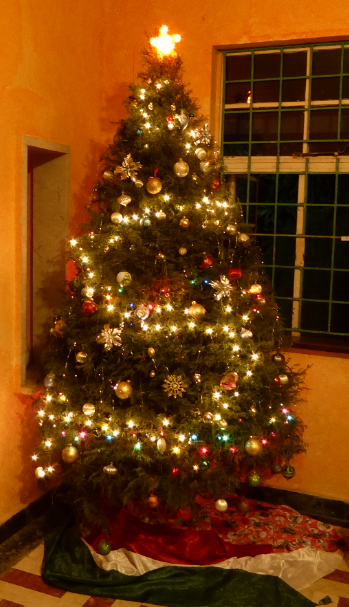 And so, here it is…December 2017…Christmas is fast approaching. And the question is: will there be a tree this year or will some innovative substitute take its place? 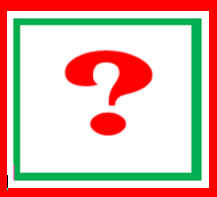 Lizards. They look at you askance, wondering why you are invading their space… 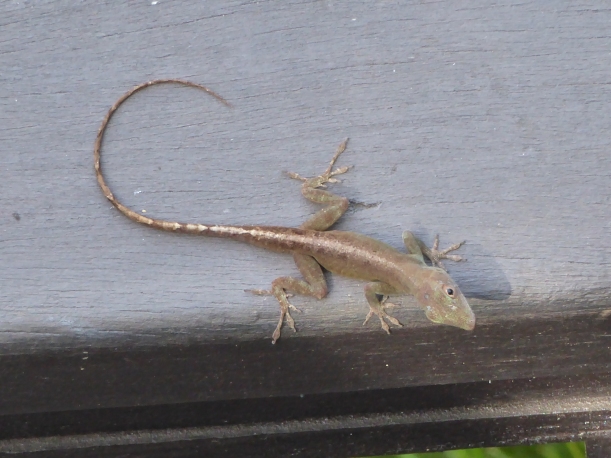 …or interrupting their lunch! 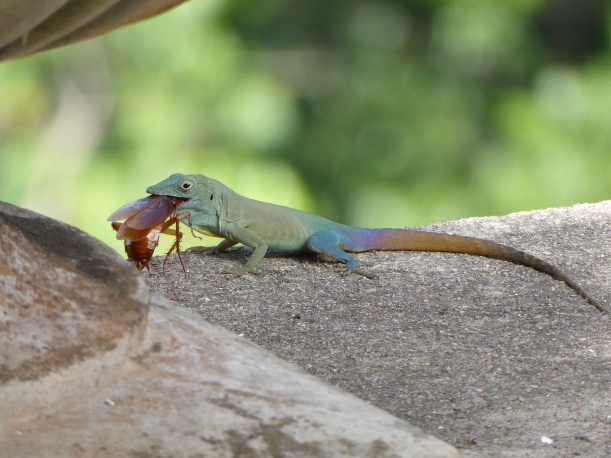