On November 21 & November 27, 2018, Public Defender Arlene Harrison-Henry presented a report on impacts of the States of Public Emergency to the Internal and External Affairs Committee of Parliament. The report focuses primarily on data concerning detainees and the conditions in which they have been held. There has been much public discussion regarding the report and I simply wanted to make it available for those who would like to read it.

Office of the Public Defender – Appendices to Submissions 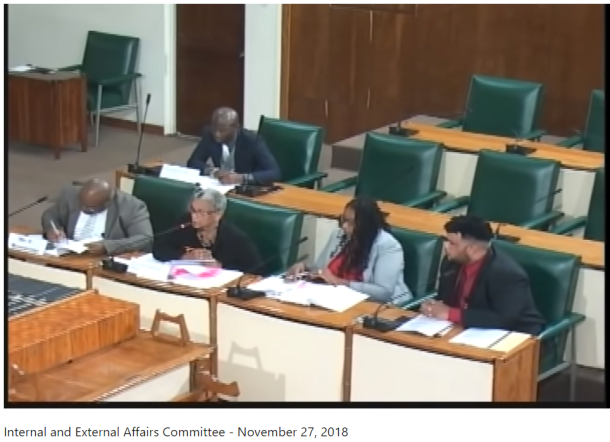 The next meeting of the Internal and External Affairs Committee is currently scheduled for Tuesday, January 8, 2019 at 10:00am. The Commissioner of Police is to be invited to attend, as well as the Public Defender.

Things come to your notice in a variety of ways, some of them unexpected. I was reminded of the Remembrance Day ceremony at National Heroes Park by a Ministry of National Security tweet on Friday.

Today being the hundredth anniversary of Armistice Day and never having been before, I decided to go to the memorial ceremony. There was adequate parking at National Heroes Park, and as I walked inside the entrance, I was encouraged to make a donation to the Annual Poppy Appeal, which I did. 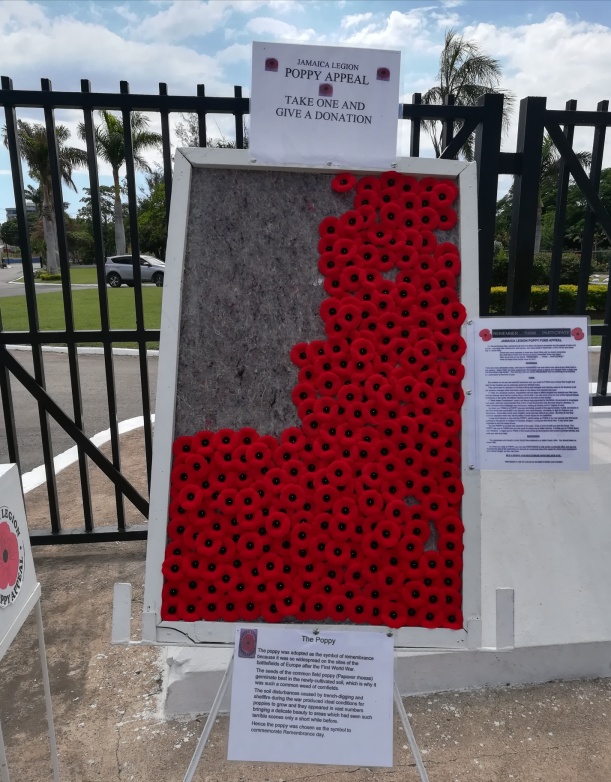 The National Memorial Service was scheduled to start at 10:55am, with the official arrivals beginning earlier.

(This is a link to a copy of the full programme for the Remembrance Day 2018 service.) 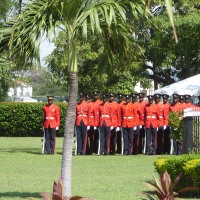 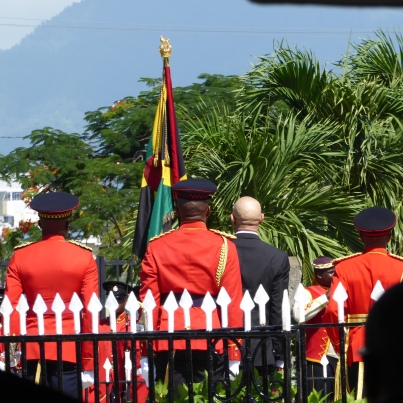 Bears all its sons away

– O God, our help in ages past – Opening Hymn 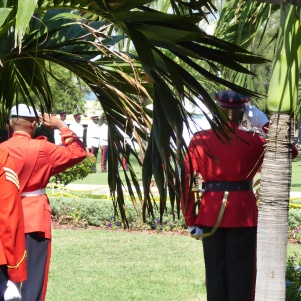 (The period of silence commences and ends with a one-gun Salute. The Last Post is sounded by the JDF buglers.)

The Exhortation was read by Mr Gerald Manhertz, who I was told after the ceremony is 90-years-old and is one of the few living Jamaicans to have served in World War II.

The National Anthem was sung before the Wreath Laying Ceremony.

Justice, Truth be ours forever, 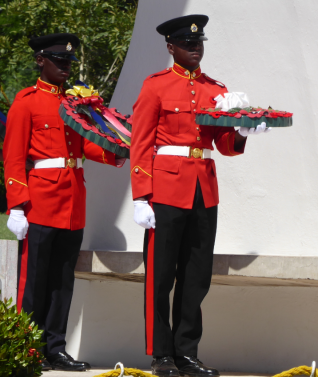 His Excellency The Governor General Greets the War Veterans on Parade 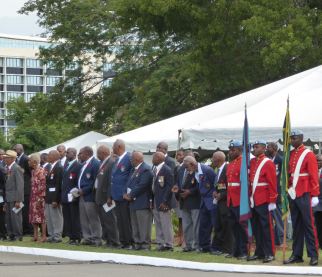 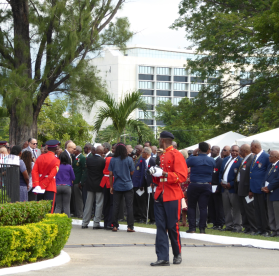 Once the ceremony ended, there were the official departures…

…after which people milled around, talking and taking photographs….

I am glad that I attended the Memorial Service today. Acts of remembering are important to a society. 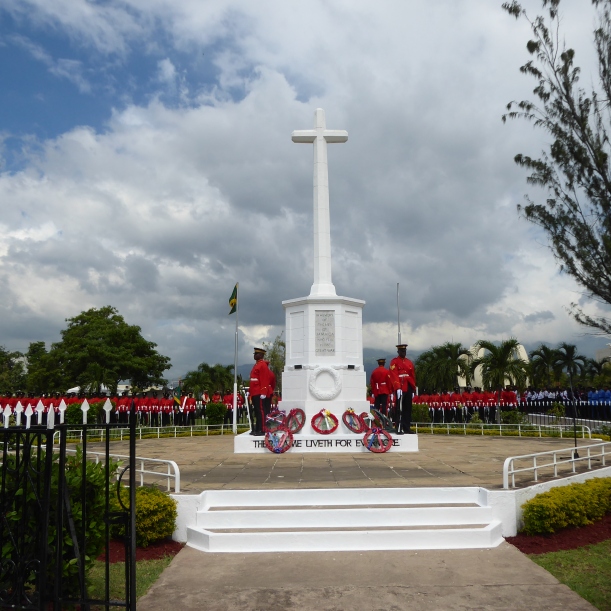