The 3rd and 4th Quarterly Reports of the Independent Commission of Investigations (INDECOM) were tabled in Parliament today. The former contains a Special Report on the Rio Cobre Juvenile Correctional Centre, one of the four juvenile correctional and remand centres operated by the Department of Correctional Services (DCS). This report raises a number of serious concerns about the treatment and well-being of the children in State custody at that facility, as well as the effectiveness of oversight mechanisms that are supposed to protect those children.

I am posting copies of the two reports tonight. I will write more in days ahead. 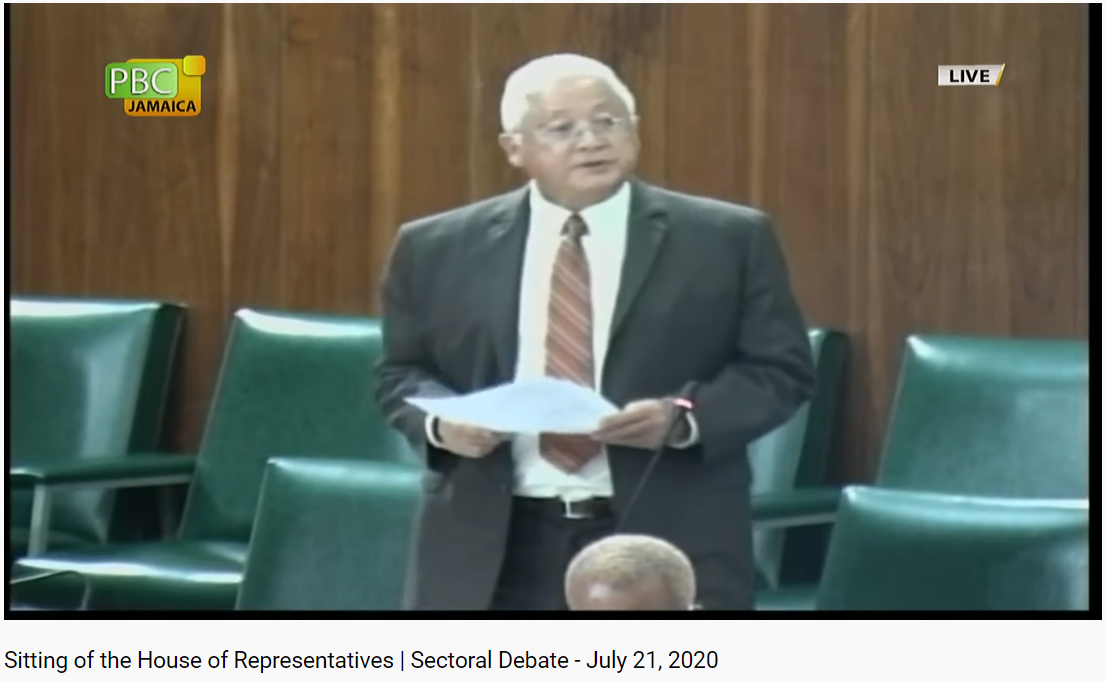 In Parliament on Tuesday (July 21, 2020), Minister of Justice Delroy Chuck opened the debate on his motion to amend the Independent Commission of Investigations Act, 2010. In a presentation lasting less than ten minutes, he laid out the government’s position regarding the proposed amendments and the process to be followed to get there. No-one else spoke in the debate on Tuesday. Minister Chuck ended his statement saying that it was the intention that the debate should be concluded next week:

“Mr Speaker, I now ask for a suspension of the debate and hope that other Parliamentarians will see it appropriate to make their contributions next week when we hope to close the debate.”

I wonder who will speak next week and for how many minutes.

As Minister Chuck has indicated before, the Government is asking the Members of the House to support all the recommendations included in the 2015 report of the Joint Select Committee that reviewed the INDECOM Act, except the recommendation to give INDECOM the power to prosecute.

When Minister Chuck spoke about this recommendation on Tuesday,  he added “And I dare say, Mr Speaker, I was one of the strongest proponents of that view. ” The view that INDECOM needed the power to prosecute.

What he did not do was to provide any data on how that MOU has functioned. There was no data, for example, on the number of files INDECOM has sent to the ODPP each year; no data on how long it has taken for the ODPP to make decisions on the files sent; no data on the causes of any delays; no data on what decisions have been made (without identifying the individual cases themselves, but whether decisions were made to prosecute, to send to coroner’s court or for disciplinary proceeding or other options).

Beyond the Minister’s assurances, what would Members of Parliament (and members of the public) rely on to assess how the ODPP has managed the INDECOM files to date and will be able to manage them in the future?

Although the Minister didn’t specifically refer to the Joint Select Committee recommendation that INDECOM should clearly have the power to arrest and charge, this is not being supported by the Government either. (See Section 20, p. 10 of the report.) And Minister Chuck didn’t give the reasoning for this in his presentation.

Mr Chuck listed a number of additional amendments to be included and set out the intended process if the motion passes:

These recommendations plus others in the Report will be introduced in a Bill to amend the INDECOM Act and drafting instructions will accordingly be provided to OPC at the close of this debate and after further consideration by Cabinet.  I hope that the proposed amended Bill will be tabled in Parliament during this fiscal year.

Next week is scheduled to be the last week before Parliament goes on its summer break. This debate is likely to be completed and the motion passed without much notice. And this will be a blow for police accountabilty measures in Jamaica. There will still be the opportunity to advocate for inclusion of these powers up until a new Bill is actually passed, although Minister Chuck has indicated the Government’s position.

INDECOM, under the leadership of its first Commissioner – Terrence Williams – has had a significant impact in its first ten years. I wonder what the next ten years will bring…

Motion Regarding Amendments to the Independent Commission of Investigations Act, 2010 brought to the House on May 27, 2020, by Minister of Justice Delroy Chuck. (If I find a better copy of the motion, I will post it.) 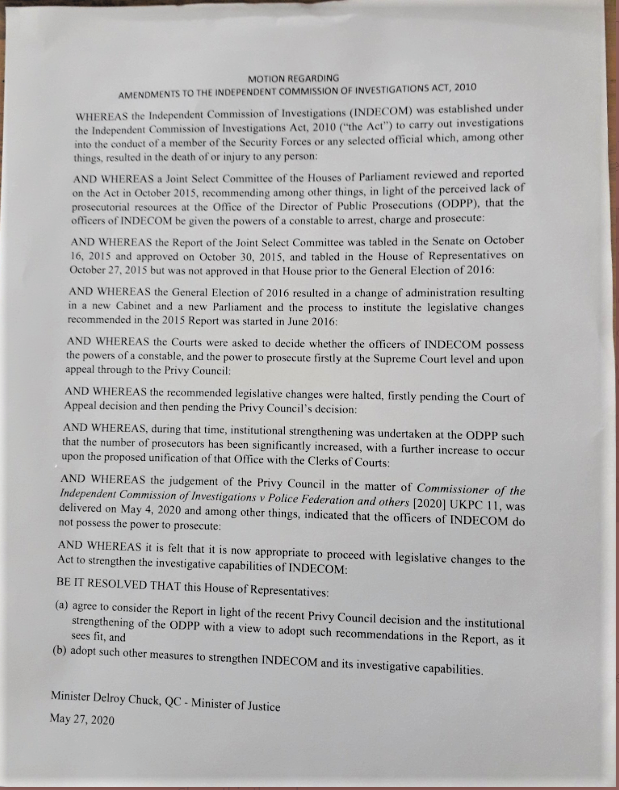 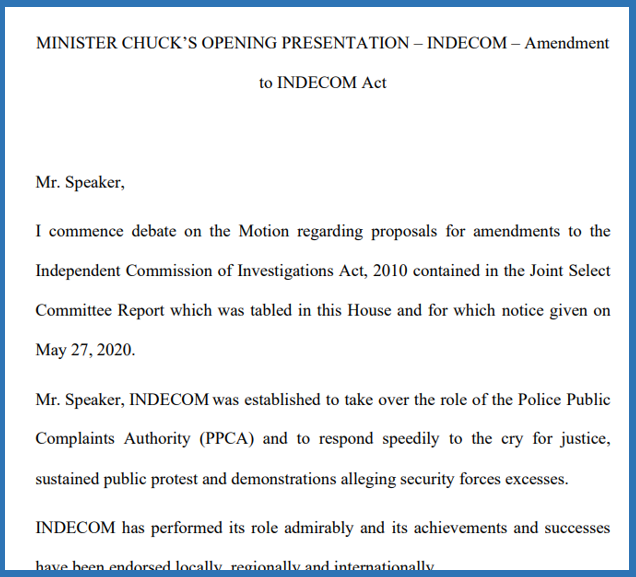 PBCJ Recording of the Sitting of House of Representatives July 21, 2020 Minister Chuck’s statement begins at approximately 3:43:00 in the recording. 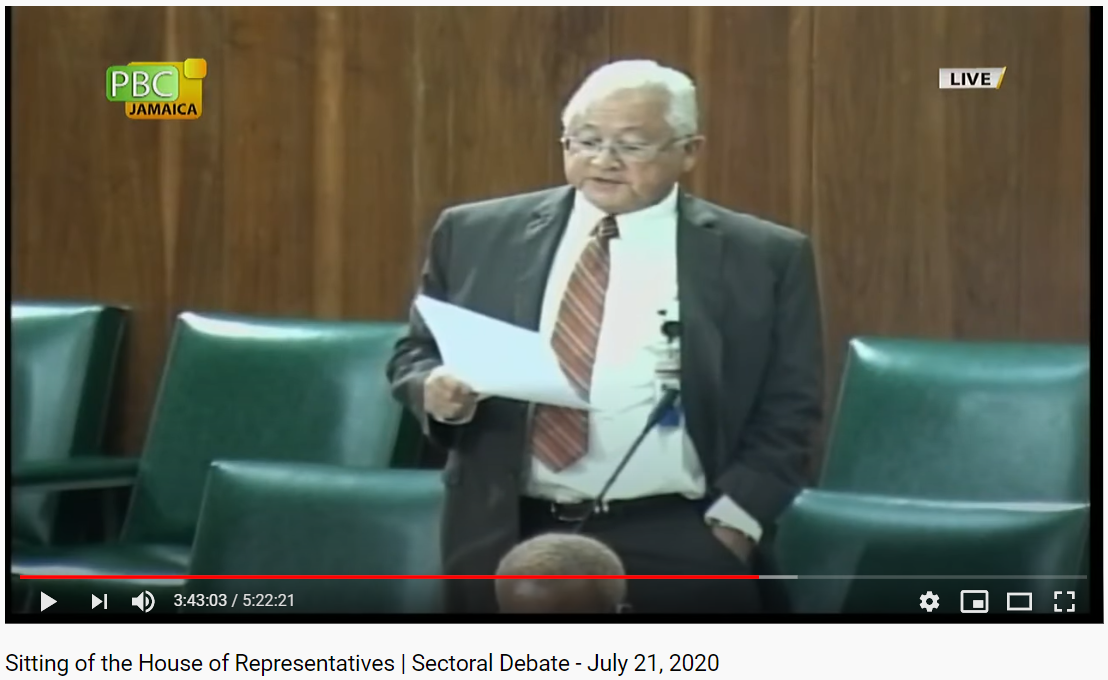 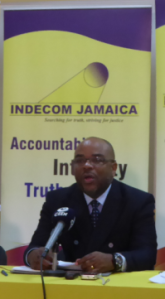 The contract of the current Commissioner of the Independent Commission of Investigations (INDECOM) comes to an end in a few days time. Commissioner Terrence Williams, INDECOM’s first commissioner, has provided the body with strong leadership in its first ten years of existence. There will be time to review his time in office, the course he has charted for the organization and the significant impact it has had since it came into being in 2010.

This is because the INDECOM Act follows the formula for appointment of a number of public posts both in the Constitution and in some legislation. In this case it is appointment by the Governor General after consultation with the Prime Minister and the Leader of the Opposition. The formula varies for different posts. But what is common to all is that the public isn’t privy to the process, but merely receives the news of the appointment when someone who is part of the process tells us.

The process for appointment of the Commissioner of INDECOM is set out in Section 3(2) of the INDECOM Act:

“The Commission shall consist of a Commissioner, who shall be appointed by the Governor-General by instrument under the Broad Seal, after consultation with the Prime Minister and the Leader of the Opposition, from persons of high integrity, who possess the qualifications to hold office as a Judge of the Supreme Court of Judicature of Jamaica.”

Is this an appropriate formula for a modern democracy? The issue has been raised before in regard to other posts. Perhaps it is time for this formula to be reviewed and replaced by more transparent processes. This may be harder to do where it appears in the Constitution, but not as hard when it appears in ordinary legislation.

We may indeed have the appointment of an excellent person for the post of the new Commissioner. But it shouldn’t come in the form of a surprise fait accompli. Not in the year 2020.