Today I received a copy of the Jamaica Fire Brigade’s Final Fire Report regarding the fire which occurred at the Walker’s Place of Safety on January 16, 2018. The date of the Final Report is March 16, 2018. The fire resulted in the death of two girls who were resident at the facility, Oneike McGrae and Anna Kaye Moreland.

Having read the two-page report, I do not understand what justified not making it public at the time that it was completed and turned over to the Government. 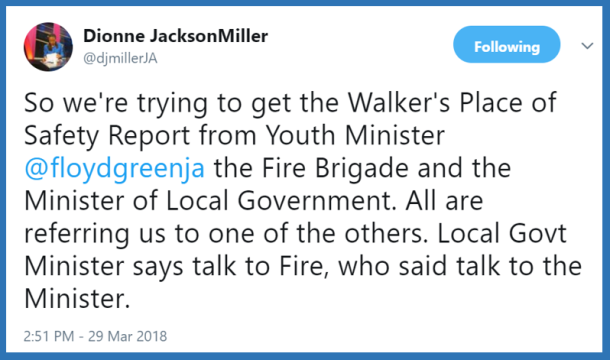 It is clear that there remain many questions to be answered about this fire and the tragic loss of life and trauma that resulted, but as important a document as the fire report should not have taken many weeks to be released publicly. And one of the questions that needs to be asked concerns the adequacy of the report itself.