It’s 28 years since Hurricane Gilbert made its way from east to west across Jamaica, a direct hit if there ever was one.

I remember it well. As a child, I longed to experience a “proper” hurricane. Gilbert fulfilled that childhood wish and though I retain a fascination with weather phenomena, I have no desire to experience anything like it ever again.

Each year on September 12, there is some acknowledgement of Hurricane Gilbert’s landfall in Jamaica. This morning I heard Lloyd Lovindeer’s hit song from that time, “Wild Gilbert”, a welcome comic take on events, generating much-needed laughter at the time. 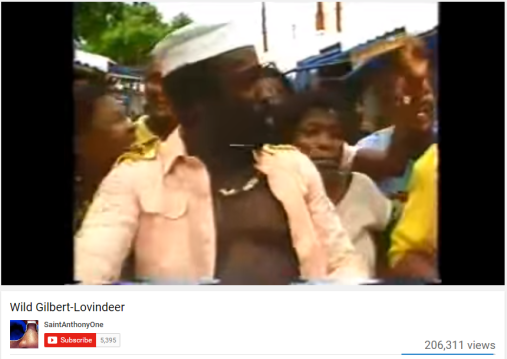 This evening, NOAA tweeted about Gilbert, which remains one of the strongest Atlantic hurricanes on record. 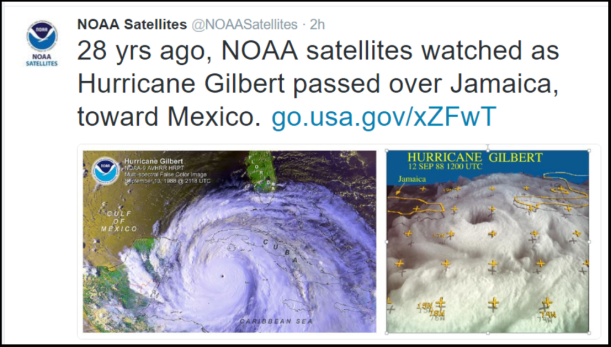 I have very clear memories from that time. I remember the first tree to fall in our garden, the massive guinep tree that was completely uprooted very early in the storm: 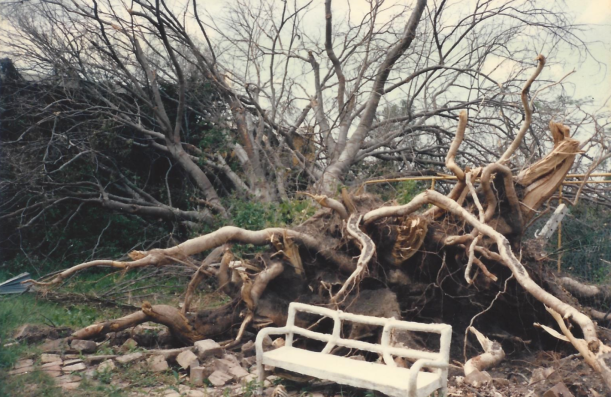 I remember letting the dogs out during the eye of the storm, and walking around in the garden, seeing the damage already done. It was quite still and the sky was blue. And then the incredible intensity of the winds when they returned, from the opposite direction. By nightfall, the sustained winds had passed, but every so often there was a strong gust and I remember lying in bed, unable to sleep, with a terrible headache, worrying about how some family members had fared.

I don’t have many pictures from that time. This one shows the house next door with much of its roof gone. The massive metal beams that held that roof had been bent back like plasticine, a mental image that forever represents for me the power of the winds during the hurricane.

After Hurricane Gilbert, we were without water for some time and without electricity for many weeks. We, like so many others, refined the art of cooking bully beef and savoured the pleasure of occasional cold drinks.

It’s a generation ago now and there are probably many Jamaican children wishing to experience a “proper” hurricane. And there are those of us who’ve experienced one, saying “No, thank you!” 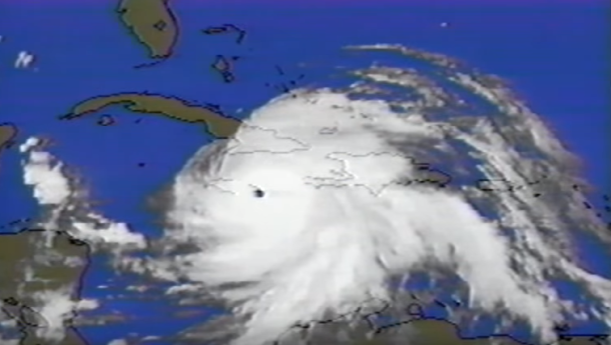 So the Atlantic Hurricane Season begins today, and the traditional rhyme comes to mind:

August, come it must

However, the season is off to an unusual start. The first named storm – Hurricane Alex – actually developed in January, a very unusual occurrence. Alex developed maximum sustained winds of 85 mph and went on to affect the Azores.

And then last week, Tropical Storm Bonnie formed and made landfall as a tropical depression on the South Carolina coast. Bonnie wasn’t a strong storm, but brought a lot of rain.

So the traditional season starts with two of the twenty-one assigned names already used.

The predictions are generally for a near average hurricane season with NOAA giving the following prediction:

The outlook calls for a 70% probability for each of the following ranges of activity during the 2016 hurricane season:

And out of the 2016 Wet/Hurricane Season Caribbean Climate Outlook Forum in Dominica, there is this prediction:

“We expect that there will be more extreme wet spells. That means a couple of days in which there will be enormous amounts of rainfall that can come. Because that chance is getting higher and higher as we go on into our wet season, the risk of flash floods that lead on from such wet spells becomes much greater,” Cedric Van Meerbeeck, climatologist at the Caribbean Institute for Meteorology and Hydrology (CIMH), based in Barbados, told The Gleaner.

The Office of Disaster Preparedness & Emergency Management (ODPEM) has a list of recommendations for hurricane preparedness. How many of these have you done yet?

Best to be  prepared!