Every night the sun goes down. And sometimes, like tonight, I go on the roof to watch. At first it looked as if it would be a pretty routine sunset.

As time passed, however, some interesting shadows were being thrown up from behind a bank of clouds.

Which became even more pronounced as time went by.

Behind me, the clouds were a softer pink, with the breadfruit and ackee trees silhouetted against the sky. 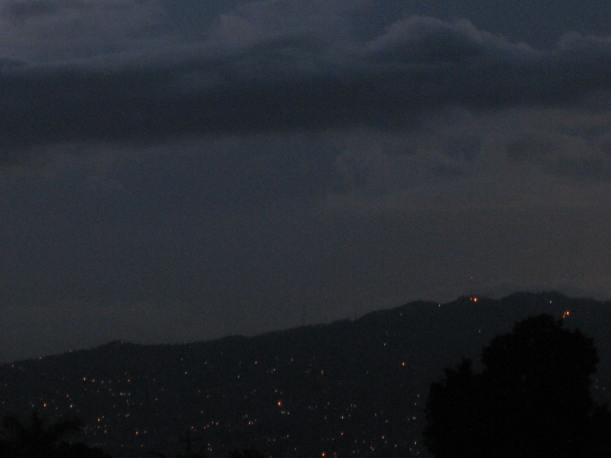 “Finish each day before you begin the next, and interpose a solid wall of sleep between the two.” – Ralph Waldo Emerson