One of the communication tools the Ministry of Health and Wellness (MOHW) has used during the pandemic to share information with the public is the press conferences dubbed Covid Conversations. For some periods, these Conversations took place routinely on Thursday evenings and included an epidemiological update on the Covid situation in Jamaica, with slides, presented by the Chief Medical Officer or the National Epidemiologist. Aspects of policy and administration would be dealt with and current issues that had recently arisen. Importantly, it was also an opportunity for members of the media to ask questions of MOHW representatives, including the Minister and Permanent Secretary, and have them answered on the record. And the PBCJ recordings of these events have provided a very useful archive for tracking aspects of the pandemic and the MOHW’s approach.

In more recent months, however, these Covid Conversations have been held less frequently, as I and fellow blogger Emma Lewis have commented on on Twitter:

It isn’t that the Minister or the CMO or the Director of Family Health Services are not accessible to the media. They certainly do interviews on various radio programmes. However, these are not archived in the way that the PBCJ recordings are and quickly become inaccessible to the public and they certainly won’t be available via Access to Information requests. And when the Minister speaks in Parliament, members of the media don’t get to ask him questions there.

The last Covid Conversation was held on the morning of Tuesday, October 26, 2021, an unusual day and time, as the Minister himself commented. That’s 4 weeks ago today. There has been no Covid Conversation in November. Why not? Has MOHW decided that these convos are no longer useful? If so, what is the strategy being used to replace them or to provide other means for the sharing of the information they provided and the regular opportunity to have questions asked and answered? Or is it that there’s nothing new to share or to answer questions about? Covid’s over?

There is a whole lot about our country that needs radical change and we know it. And still we love this place. Fi Wi Jamaica, the University of Technology’s “national social intervention project which seeks to bring awareness to and, ideally, protection for targeted socially oppressed groups and individuals in Jamaica”, sponsored a Twitter event today, National Heroes’ Day.

Many individuals and organizations joined in: 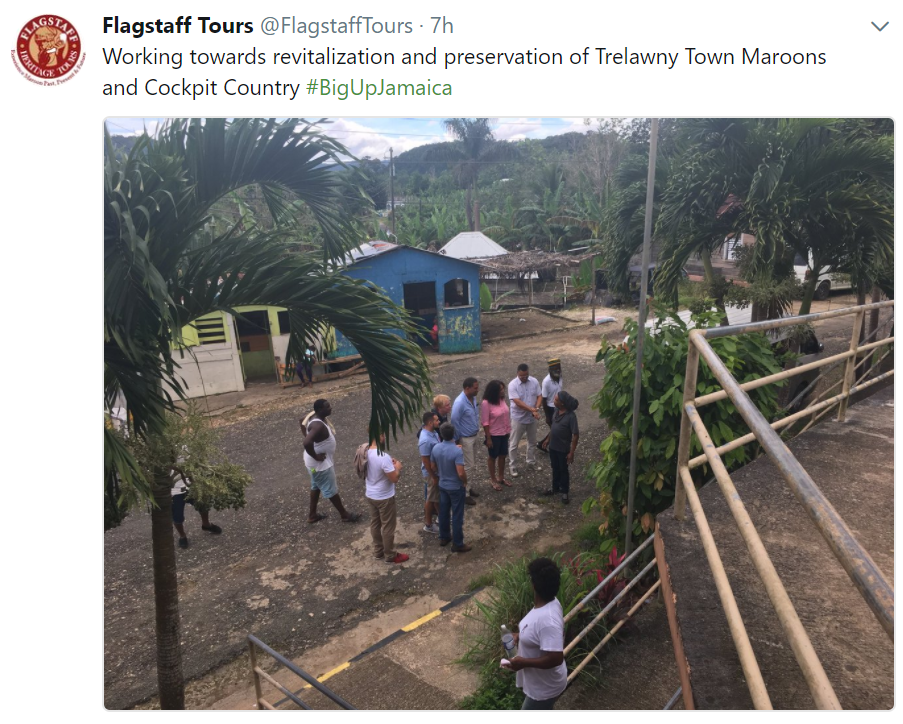 I joined in with a series of tweets of my own: 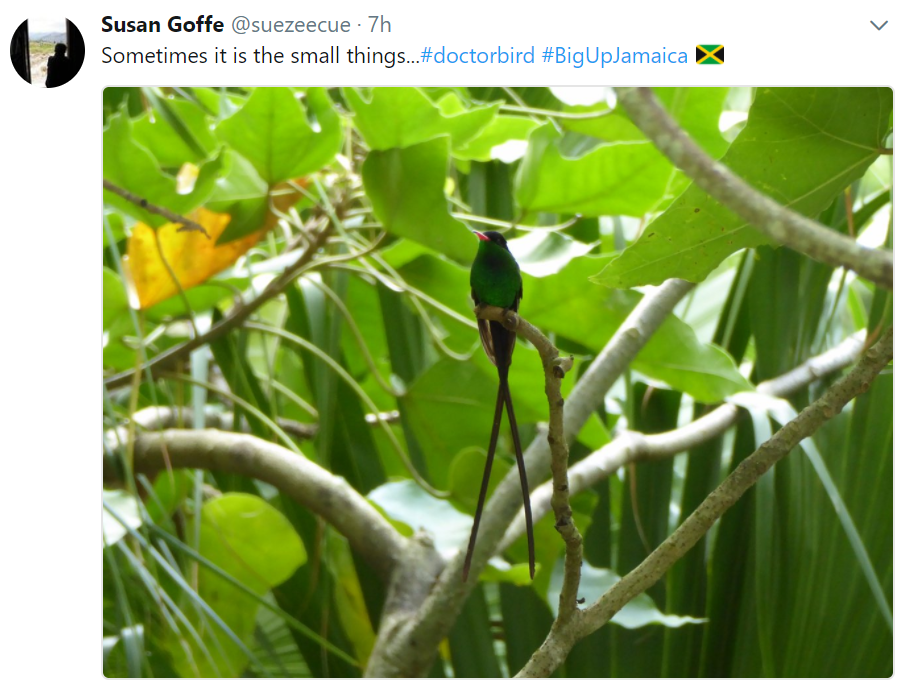 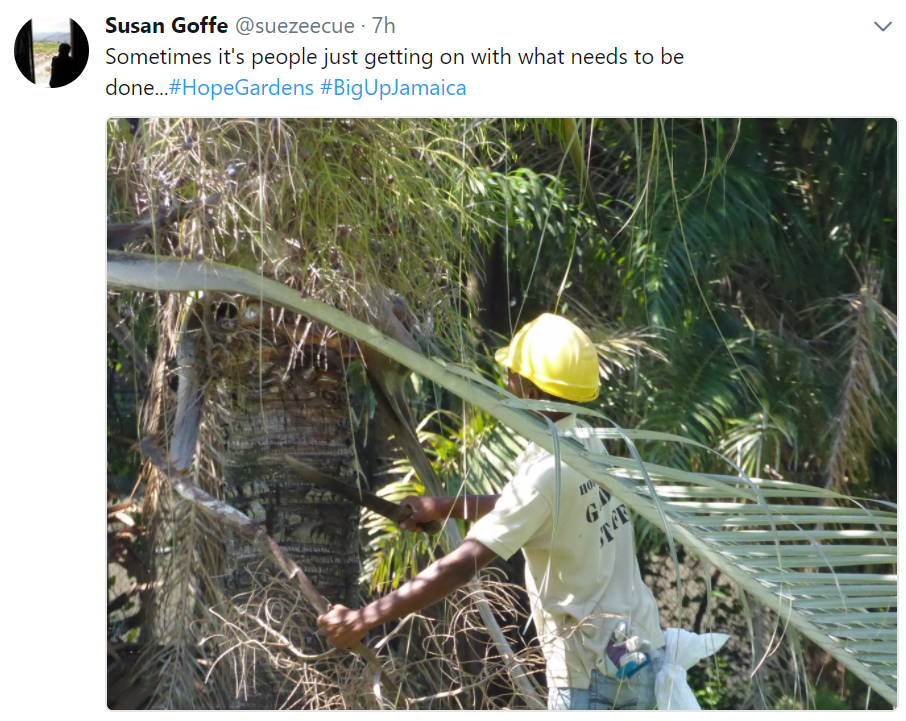 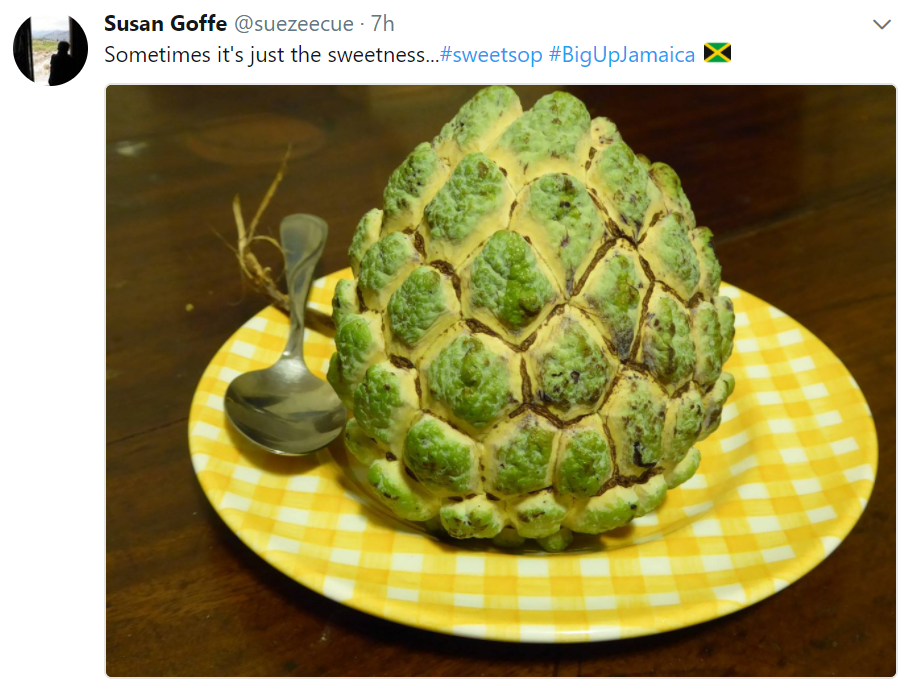 If you want to learn more about the Fi Wi Jamaica project, take a look at their page on Facebook or read a recent press release of theirs, which blogger Emma Lewis shared in a post: Fi Wi Jamaica: Past, Present and Future

That weekend in September 1988, I knew that there was a hurricane in the Caribbean; it was on the news, but I wasn’t paying close attention. It wasn’t until my mother called me on the Sunday morning (Sept 11), that I began to pay attention.

“Susan, this one looks as though it’s going to hit us,” she said. And the following day Hurricane Gilbert did hit us, as a category 3 hurricane, with the eye travelling across Jamaica from the east to the west. 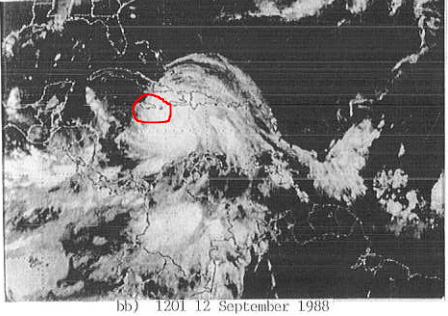 At that time, the radio newscasts  and the weather forecast on the nightly television news were the main sources of information, which came from Jamaica’s Met Office.

How different it is today!

On September 23 (2016), Jeff Masters of Weather Underground began to comment on the system that became Tropical Storm Matthew, before it even became Invest 97L.

He has continued to track and forecast about the system since then and his blog – Dr Jeff Master’s Wunderblog – is a good weather blog to follow.

There are many good Twitter accounts to follow for weather info about storms and hurricanes, and two that had early tweets about Invest 97L were:

There are official sites, such as the US National Hurricane Center, at which you can read updates and view forecast maps & satellite imagery. 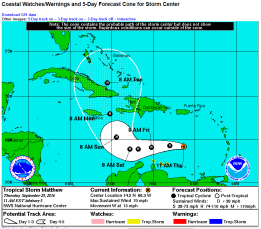 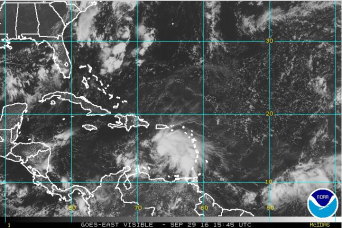 The Meteorological Service of Jamaica site is the official government site for updates & is a good place to check. It has issued a severe weather alert for Jamaica and has advised us to pay attention to subsequent releases.

Yesterday Matthew began to affect the Caribbean and Twitter came alive with updates from around the region.. 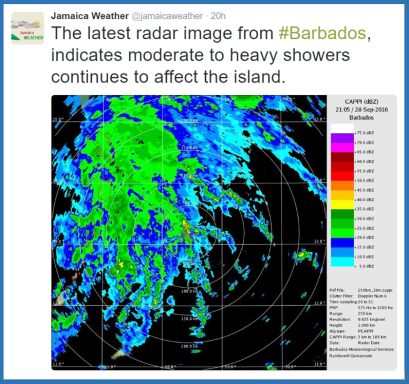 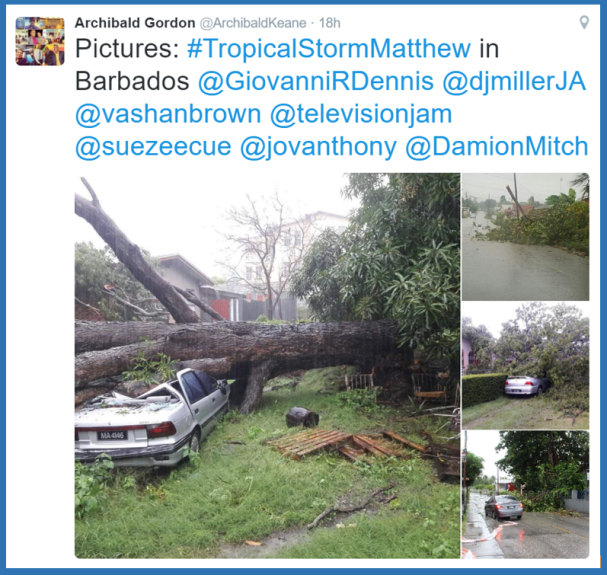 A short while ago, I saw online that Matthew has now been upgraded to a hurricane and posted a tweet myself. It looks as though we may be feeling some effects come Sunday… 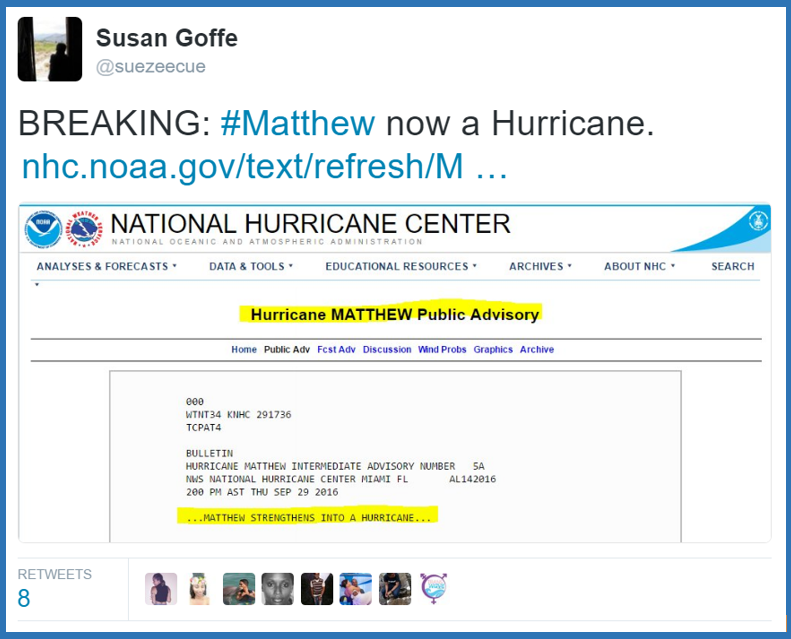