Last week Monday, November 13, 2017, the Senate passed the National Identification & Registration Bill with 168 amendments. This was the second day on which the Senate had held a marathon session regarding this piece of legislation, the first session being the previous Friday. It is intended that the Bill, commonly referred to as the NIDS Bill, will go back to the Lower House for passage quickly, possibly this week.

If you wish to know what the current status of the Bill is, here is a list of the Senate amendments obtained from Parliament: 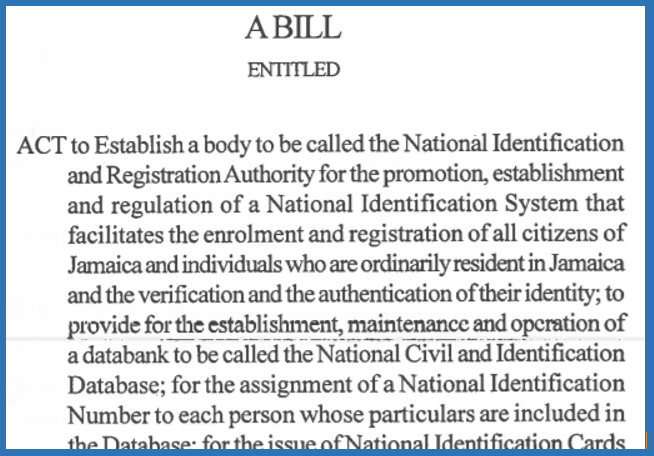 the version of the NIDS Bill currently on Parliament’s website.

UPDATE – November 21, 2017: During an online Twitter/Facebook Town Hall about the NIDS yesterday, Senator Kamina Johnson-Smith, the Leader of Opposition Business in the Senate, who piloted the Bill through the Senate, confirmed that the Bill would be tabled in the Lower House today with the intention of passing it today. She said that once the Bill was tabled, the updated version would be posted on Parliament’s website. What this effectively means is that the public will not have an opportunity to review the Bill with the Senate amendments before it is passed into law.

The timing for passage of the Bill was also confirmed in a tweet from PM Holness’ account. (Note that although the time on the tweet here says 1:28 PM, it actually was about 4:30 PM when the tweet was sent.)