“This week, share a photo that says Danger! to you.”

The presence of a chicken hawk (Red-tailed Hawk/Buteo jamaicensis) caused great consternation among the neighbourhood birds that morning. From the moment I went on the roof, I could hear them making loud calling sounds, as though warning each other that danger was near.

I then watched them mount an amazing co-ordinated effort to drive the hawk away. They dive-bombed it repeatedly…nightingales… 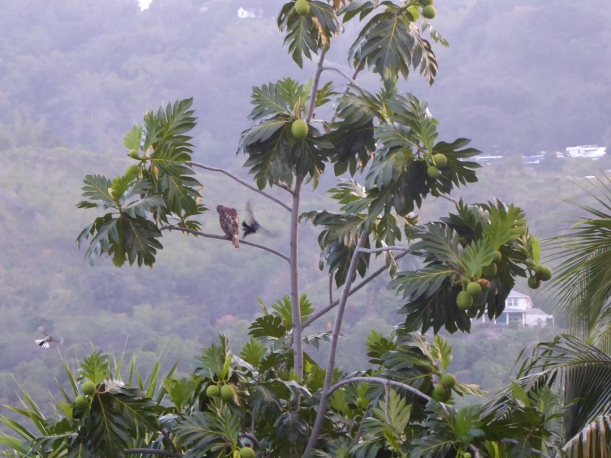 …and even a streamertail hummingbird at one point, though I wasn’t lucky enough to get a photo of that! In the end, the hawk was chased away and the danger passed. At least, until next time….